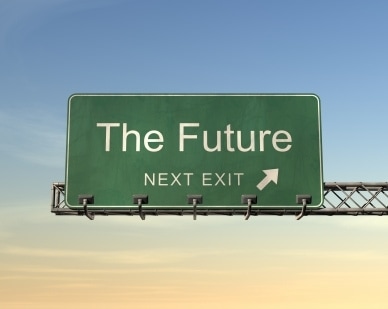 What is the role of the labels
for your future?

I hope I was able to teach you how things used to work and why. I also told you how much money there was being made and who made it in the past.

Now the question still remains, what to do?

Does it still make sense using record labels? Should you run your own label?
What share is fair?

To answer this we need to take a look at what you need to succeed as a musician and how others can help you. You need to understand the playing field and the rules of the game – it´s golden rules that universally apply everywhere. It´s like at one point in your life accepting the power
that gravity holds over you.

Actually they are technically called golden theorems. They have all kinds of names. There´s the golden ratio, the Fibonacci numbers – the golden section and the golden string, the Pareto principle, the law of large numbers in probability theory, the Zipf distribution – it´s fascinating stuff really but we want to keep it simple here.

The Complete Idiot Theorem
If you live in a free market society there is a only a few golden rule for us complete IDIOTS so let´s assume two things:

Help others achieving their dream and make a living doing it of is your golden rule now.

Told you we keep it simple. So let´s see
what this means when it comes your
career and the role of the labels.

Actually it´s not a word… it´s an abbrevation.

There is classic concept in marketing called the AIDA sequence which stands for:
Attention, Interest, Desire and Action. The first can also stand for Attract or Awareness. Why is it called Aida? It sounded catchy that’s all. Later versions were called AIDAS and AIDCAS, terrible
to remember. Marketing and military guys love them acronyms I guess.

You need reach your potential fans. In the age of mass media, this one is relatively easy compared to the past if you know how to do it but can be a fulltime job. Good artists command attention just by their presence!
People get aware of them and are polarized. They don´t know if to love or hate them.

Interest
People need to have a basic interest in the product. Getting someone’s attention is already complicated, interest is the next level. Wikipedia explains it this way:
Interest: Raise customer interest by focusing on and demonstrating advantages and benefits (instead of focusing on features, as in traditional advertising.)

For musicians this means you have to
demonstrate value not by advantages and benefits in the traditional sense but
by using emotional values and factors
such as the entertainment factor.

Desire
Imagine you hear about something, it peaks your interest and you start
to develop feelings for the subject matter. Positive feeling. That´s desire.

Example:
Anyone can go on a talk show, make a fool out of themselves trying to promote their music – but it won’t work because while they may have the people’s attention and even a voyeuristic interest by some, there is certainly no desire by anyone.

Action
People heard about you and are interested in you. They felt the desire. If we take an analogy to a first date then action could be the part where the girl kisses you. Attention and interest happened during the first time
she saw you in the bar, you talked. You liked each other – Desire.
Desire led to Action: First Kiss.

For your music action means that your fans are going to your concerts, buying your music etc.

So what is your job? What was the job of the label in the past when it comes to the AIDA concept?

Let us break it down by responsibilities
capabilities and a “how to”.

To take things away: ATTENTION and
ACTION are the two parts where a label
should be most effectively to help you.

Attention: The most efficient way to
reach the biggest audience and get their attention wins. Whoever helps you with that deserves a piece of the pie. You CAN do it yourself but it takes what
basically amounts to office work.
Sending out press releases, follow up, chitchat, networking, setting up deals..