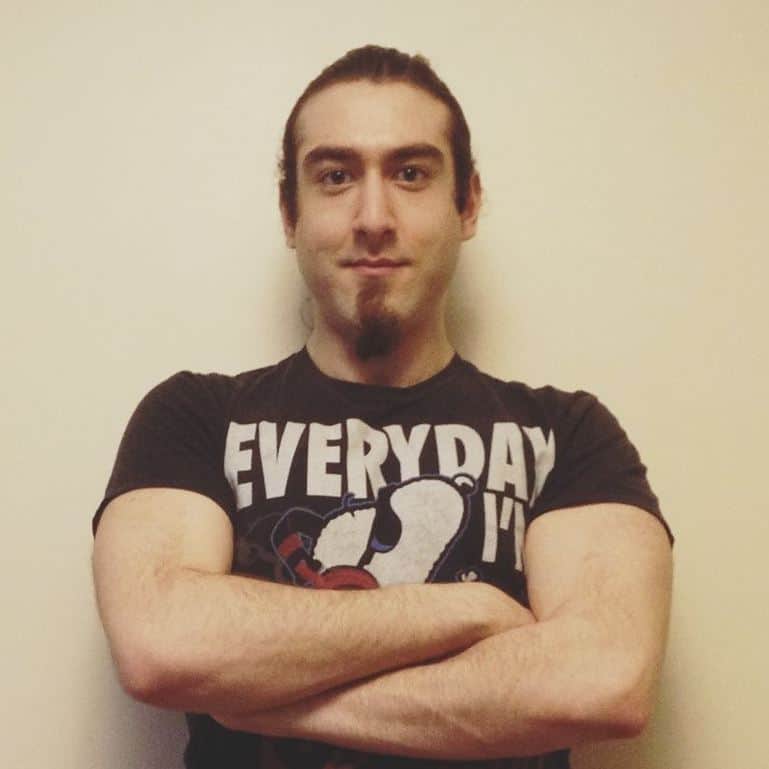 My name is Mehran Komron Saatchi Pouriliaee, and I am from Kelowna, BC Canada. What do I do?

First got into the scene as a dancer in 2008. Then moved onto chasing my dream of becoming a DJ in 2009. Started to produce EDM in 2010, and honed my art over 4-5 years. Started up my own repost network in 2015, and began to market my own music with that network. I also got really involved in the Soundcloud community and made a ton of new connections and friends that I work with today. Then just last year in May of 2016, started up Gone Viral Records, and have been releasing tons of tracks since. Been pretty surreal so far for sure! ^_^

For my own personal style, it’s hard to really say, because I love to experiment so much and I have started to incorporate more organic elements in my tracks so the atmospheres and vibes usually vary track to track. But my most favorite style, I would say, is the mysterious unknown alien like atmosphere in a lot of Dubstep music. I also really enjoy incorporating Middle Eastern / Persian / Enigmatic vibes. Describe my genre? Hard to do but my all time favorite genres: Breakbeats, Dubstep, House, Mid-Tempo, DnB, Trap. My favorite genre mashing would probably be a heavy Dubstep beat, with a Hardstyle beat. Just that moment of intense 4×4, back into the half time, really creates such an insanely violent flow.Windows Update Stuck at 0%

My biggest idols ever…

Was also a huge fan of punk rock, metalcore, and metal. Listened to a lot of Atreyu, Children of Bodom, As I Lay Dying, Avenged Sevenfold, Trivium, Metallica, Slipknot, Lamb of God, Breaking Benjamin, Disturbed etc.

First biggest mistake when I first started to make music was not learning about my music theory… I spent so much time practicing just making tracks, that I neglected the music theory part of production altogether. Learn your music theory, wrap your head around it, and you will be “A LOT”
better off. Another big mistake I made in the industry was spending so much money on all these fake promo websites that offer you so much but in the end just hurt and possibly ruin your image in the long run. They promise tons of likes/followers/reposts and comments for a great price, but beware, that tons of these services will sell fake likes/reposts/comments and those likes/reposts/comments can easily drop and make your track that was once at 1,000 likes, now be at 100-200 likes. Yeah no doesn’t look good at all, just makes you look like a fraud. SO, If you are going to spend money on promo, make sure first that the person you are ordering from has a legit network and is able to get their own music out there first. Once they have established that they are legit, and have given sufficient proof that they are actually able to get your track in front of an actual audience, then you can go hard and get some promo for your track. But all too much have I seen people put their $$$ in the wrong place… Which is just painful because it’s getting them absolutely nowhere.

Be humble. Don’t be a dick. Nobody wants to work with an asshole, so be sure to always be positive with a get it done kind of attitude, and promoters will take you a lot more serious, and be more willing to work with you.

Always offer to sell tickets/help promote the show. If all the DJ’s / everyone involved helped promote and sold tickets, then having a sold out show would be no problem. This shows that you actually care about seeing the show succeed, which in turn makes a lot more promoters willing to work with you. Even if the show doesn’t need to be promoted, still make this offer to them, they really appreciate it!

Always have a gig stick with your music on it wherever you are at. Imagine, you are at a random after party in Ibiza and it’s open decks at 6 AM? Well fuckin’ eh, rock that shit, maybe a promoter that is up at that time will hear you and likes what he hears. Perfect moment to give him your card ? After parties are usually where you are can find promoters and event coordinators etc. as well… Also sometimes DJ’s just don’t show up for their time slots.. Maybe you can be the backup underdog that saves the show!

Another trick that my good friend shared with me was to purchase a plane ticket to the area you wish to tour, (A good start is an area where you have some family to stay with so room and board is mostly covered) then find all the promoters in that certain area, and get in contact with them and let them know you will be in the area, already flew in as an international DJ, and they don’t need to pay for flight or anything, just for your time. Tons of promoters love the idea of being able to promote that they “flew in” an international DJ for that night. Perfect marketing, and a great way of getting your foot in the door.

Lastly, be sure to be consistent with track releases or mixtapes if you release mixtapes. Having an active profile, with an active fanbase makes you a lot more credible and helps you get bookings more easily in the long run.

My biggest challenge to date would definitely have been the whole production process. There were so many things that I kept needing to learn to get the results I wanted, but after spending years producing and learning, I finally got results that I loved, and soon became addicted to it. How did I overcome the challenge of learning how to produce? Tons of trial and error, since I wasn’t connected with many producers that were getting the sound I wanted, I decided to chase after it myself. Definitely a lot harder this route because the only person that you can really ask is yourself and the internet, which is full of right answers, as well as wrong answers. However, if you have an opportunity to discuss mixing/sound design/composing/song structure/mastering with one of your favorite artists, or an artist that you respect, then ASK ASK ASK as much as you can, because they know the answers to what you want, and you won’t be needing to search for the right answer for years like I did. But the biggest tip I can give, is to learn a Synthesizer inside and out, like Serum, and learn how to make all kinds of different sounds. If you already play an instrument, then 50% of the production process is taken care of, but if you don’t then I highly recommend picking up the midi keyboard, as well as reading up into music theory if you haven’t already.

There are plenty of ways to promote yourself in the music industry today it’s actually pretty ridiculous.

My main method of promotion is done through repost trading on Soundcloud with partner networks. Then, I set up a follow-to-download gate so that listeners follow my network when they wish to download a track.

Another method I use is called gate trading. So I will help artists out by giving them promotion for a spot on their download gate. This in turn helps grow my channel as well as helps promote the track. Or, the other way around, as an artist you can look for networks that are in your niche and see if they’d be willing to work with you, and run some promo for a gate spot. Win win for everybody! ^_^

Lastly my biggest tip for musicians that are looking to get themselves out there…. There’s too much Me, Me, Me in this industry, gotta be more We, We, We. Network with as many people in your genre and following that are looking to grow themselves, and work together to grow together. This is why collaborations are so great, because you help each other grow with your fan bases. However, if you make amazingly great music, and feel that you have what it takes to work with the best, then long as you are humble, and are persistent, and you really show the other party that you are very serious about getting work done, 9 times out of 10 they will work with you. And lastly, never, ever, ever, ask to collaborate with somebody, and not even send them anything for them to checkout. Get a track to the point of almost being done, send it to your favorite artists for possible collaborations, and cross your fingers. Long as you can land one collaboration, then your foot is practically in the door. Then you can show possible collaboration partners your past collaborations, and who you have worked with, and they will be a lot more game to work with you.

During the next year I plan for:

Mass Spotify growth. Grown to 50,000 followers on the label, with at least 30 releases (13 currently). Helped hundreds of artists promote their tracks and get their music out there. Joined forces with a good friend and will be creating a whole new label, soon to come. ? 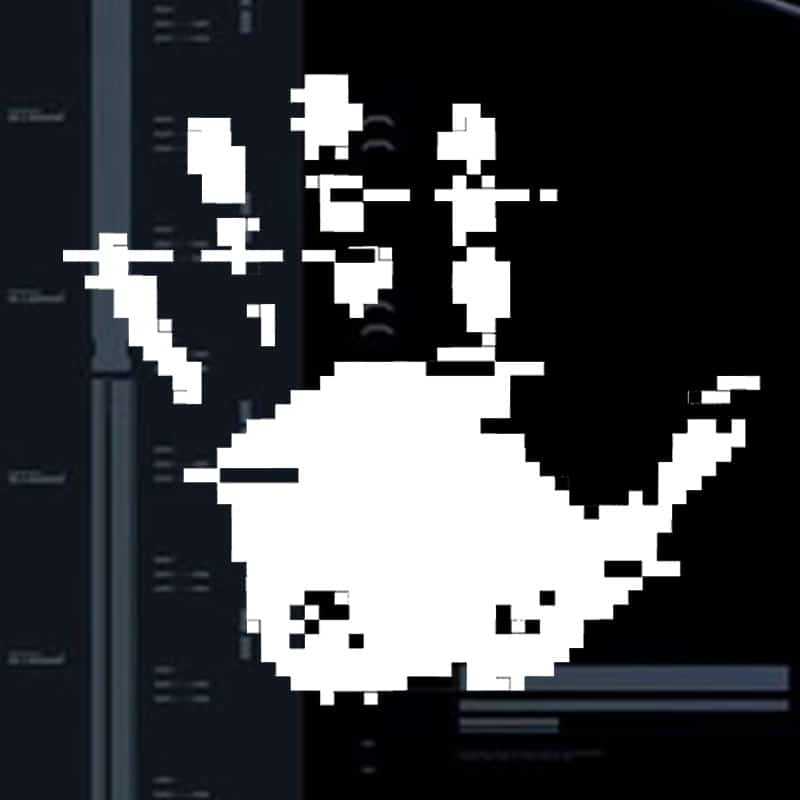