Hey my name is Domascus I’m a music producer from California. I make all types of music from Electronic Dance Music to hip hop beats for rappers to basically anything that’s going through my brain at the time. I also DJ as well and play my music live and am always looking for new places to play shows. I love playing music for people it’s my favorite thing to do besides actually producing it.

My style of music is very experimental and wavy, it basically sounds like it’s made by aliens because it is. I make what I hear in my head basically. Lots of dubstep 150 bpm style head banging beats as well as slower 110-120 experimental songs and rap beats with lots of rhythmic chopped up vocal samples recorded by myself or sampled off other tracks. I’m always looking to push the envelope and try different things with my production and sound design.

Some of my biggest idols I would definitely say are obviously Skrillex. He’s the dude that got me into making music. When I read an interview saying he made the whole Scary Monster and Nice Sprites EP on a laptop I was hooked from there. Other guys like Noisia, flume, and Madeon are huge inspirations they’re on god level as far as production. For more heavier stuff for sure Zomboy, Getter, Kill the Noise, ect. I could go on for days lol.

The biggest mistake I made when I first started was copying everything Skrillex was doing at the time. After a couple years of doing that, though I gained a lot of knowledge in the process, I learned you’re never going to be as good as Skrillex. The best advice I could give is to have your own style and your own sound. Because copying someone means that you’re only going to be 1 step below them where as if you have your own style you can kill it and be unique. Being unique is key in my opinion. It’s what gives art meaning and makes it special. I’m still finding my sound and my style everyday. 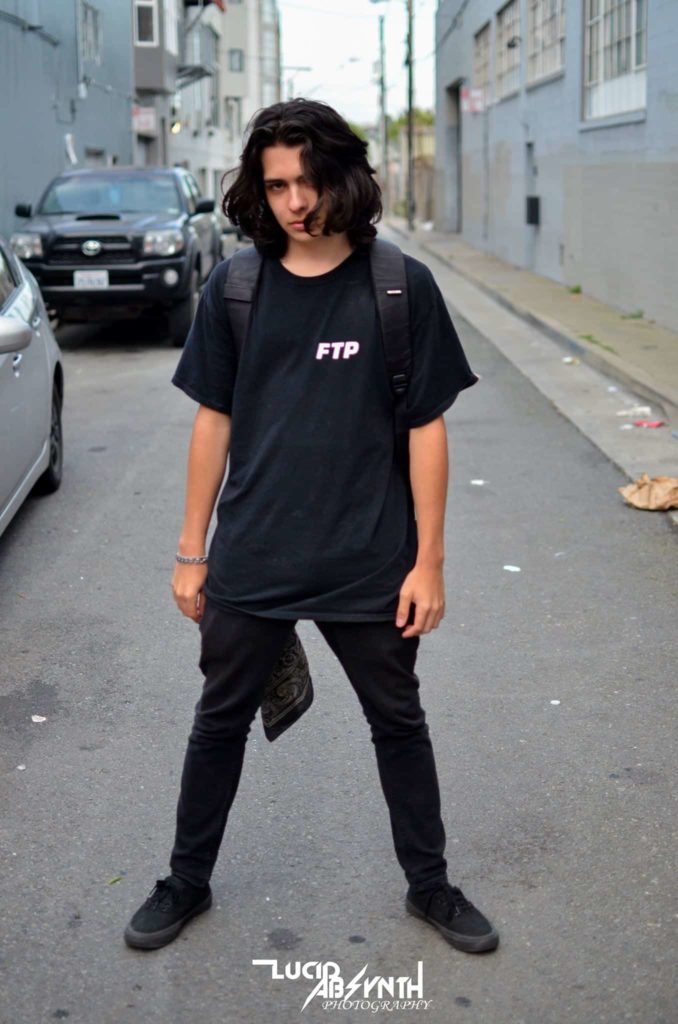 I usually reach out to promoters who are hosting certain events and submit my music and press kit to them, or I’ll be approached by someone I know to play a certain event somewhere. I think the most important thing though is having music rather than getting a bunch of gigs. You can open for big artists as a normal “DJ” forever. You can stick in your local scene forever doing that, but if you really want to make it to the big leagues you gotta have your own material.

My biggest challenge for me at the moment is building my fan base on the internet outside of my city. Though I’m fairly well known as a producer and DJ in my city and my area, I’m not trying to spread my brand, my sound, and my art to the whole world. I want to reach people in different countries and states. I want to work the internet better. I’m in the process of overcoming that right now ?

I promote myself through my Facebook, Twitter, Instaslam, Soundcloud (most important one) and snapchat even. If you want to promote your music send it to everyone. Email artists you like. Don’t be annoying, but let them know that you’re there and you’re serious. Also wait to do all that until your music is good and at a professional level. You don’t want to taint your name by sending someone something you made in the first 2 weeks of you producing music.

In a year from now I’ll be much bigger, doing even more interviews and more shows. I’ll have a few EP’s released by then as well. I love releasing just a lot of music. And hopefully I’ll have songs out with some big name rappers especially in the underground scene. I’ll also by that point will have started my clothing line “Turnt Alien” and will be making clothes with pictures of aliens partying, drinking, random psychedelic prints, and just anything to do with aliens and the brand.