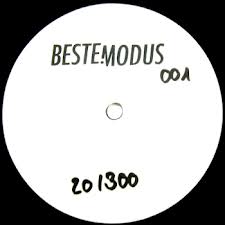 I'm an up and coming emcee that hails from New Haven, CT. I started my music journey in 2017 and recently started my solo career in April of this year.

What do you do?

My main concern at the moment is to build up my music catalog so I constantly have songs in the works. I've collaborated with fellow Connecticut emcee MCMXCIV & Washington DC poet Conrado Muluc. I've also worked with several producers such as Free Mind, Chop The Head & Indescribable Indy.

I have a couple singles by the names of Black Roses & Ask about me plus plenty more collaborations soon to come which I feel are going to shake up the underground hip hop scene. They lead up to my debut project which will drop soon, The Making Of a God.

The only person that I'm really a superfan of is myself and I think that's how all musicians and artists should feel about themselves.

My biggest mistake was thinking that all you have to do is make good music and you will instantly make it. My number one tip to a newcomer musician is to stay consistent with your releases and always think outside the box.

I took the time to find out exactly who my "demographic" or music audience is and I think that's key in promoting yourself. I spend hours upon hours on social media reaching out to people who I feel would like my content and help boost my career.

My biggest challenge has been trying to stay positive through all the obstacles life has been throwing my way. I can't really say that I've overcome it but i'm definitely dealing with it better than I used to. What helps me is constantly trying to remind myself that i'm here for a bigger purpose than I can probably fathom and that it all will piece together in due time.

My number one tip is to take time out of each day and just study music. Do not write anything but just study how some of the most critically acclaimed albums and singles were composed and pay keen attention to certain details in the albums/singles.

My number one tip is to think and map out a concept before you even write a single lyric. This way you already know what direction you're going in before you even started.

A year from now, I will achieve one of my biggest dreams of having a live musical band that constantly tours around the globe. My main goal in a year is to generate multiple streams of income which started from my career in Hip Hop.