Majors and the Interwebz 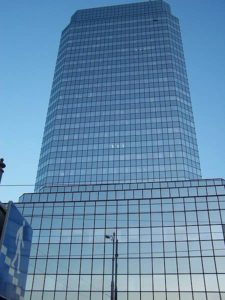 Or: The role of a Label in the past. The promise of a label was to take care of the before mentioned aspects (see last post) and let the musicians concentrate on his work: The music. The downside was that the artist signed to a label often only got paid a bare minimum of what the label made. That was OK for some artists that sold enough to make a living and didn’t care so much for money in the place. Some were worse off than others also because they didn’t care about or couldn’t understand contracts and were taken advantage of by unscrupulous record labels, managers, consultants, lawyers and agents. Stuck for decades in dead-end contracts that exploited the musician’s short term thinking and greed for advances the labels got paid back what they invested and kept milking them until the artist bled out or went to court often resulting in half-decade long legal fights.

[quote style=”1″]There have been times that I thought I couldn’t last for long/but now I think I’m able to carry on/It’s been a long time coming, but I know a change is gonna come Sam Cooke[/quote]

How the Majors got Major 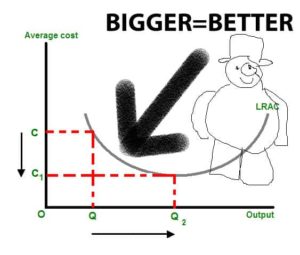 Because at one point there was so much money in music sales, with top stars selling hundreds of millions of records making the music business a billion dollar industry the major labels became a mighty force to be reckoned really solidifying their positions. They had massive reach via their distribution, massive economies of scale in production (make more of something it gets cheaper to produce) and became better and better at marketing. Media conglomerates consolidated press, movie, TV and music companies making things easier for them by cross promoting stuff within their network.

Musicians believed there was no way around a major label for any significant success.

[quote style=”1″]The earth turns, but we don’t feel it more. And one night you look up. One spark and the whole sky is on fire. 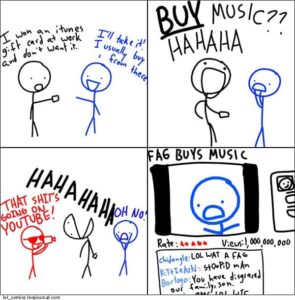 Then computers and the interwebz came into play. Music became digitally available; computers and hard disk recording replaced analog tape and online peer to peer sharing sites made illegal copies of music available to everyone at the push of a button – for free. Suddenly everyone could communicate with everyone – virtually for free and with peer to peer technology everyone could get their music from the net – for free!

This was paradise for the music lover. When Napster and other P2P File Sharing Sites hit the scene, the music industry shut it down. But millions of alternatives for downloading music all over the internet appeared and record sales plummeted.

People downloaded millions of illegal copies and it cost the industry billions!

To see how just how hard the web hit the industry let us take a look at record sales from 2000-2010.
Total album sales went from over 700 million to just 300 million – that is less than half for those who didn’t major in math.
That horizontal line is called a “trend line” and shows where the trend is going. 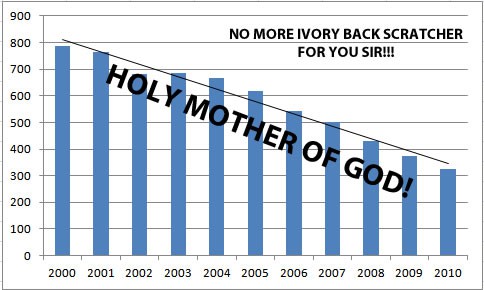 The Big Picture
So what happened and most importantly why?
Digital Distribution
Simple. First of all: The distribution system changed. No more need for CDs and so no need for stores. Using digital methods costs were
close to zero and availability and complex supply chain logistics would never again be an issue.

Availability
Instead of the labels opening up their catalog for download they tried to restrict access. They could have as well tried to sell their music digitally as mp3s – but they were hesitant haggling over digital rights management issues & royalty cuts among many other things.

Apple
The music industry was late to the party and couldn’t figure out what to do except trying to sue everyone. So Apple took the initiative bringing us Itunes and the Ipod (and all the other devices that followed) and with it put pressure on the other music retailers to follow their way.

Now you could buy music from the web conveniently and comfortably play it on your portable music device or phone. 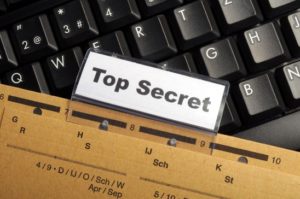 Here is what Apple´s Steve Jobs figured out: If you can get something more conveniently than before and pay less or even nothing for it most people will go down that route. So instead of having to go to the shop and buy a physical record for 15$ you could just get your favorite track or all your artists albums, pay nothing and download it within seconds…without leaving the house. How´s that compared to the going to the shop, standing in line, having to pay for an album if you might only be interested in a few songs that weren’t available as a single.

Convenient and Paid
vs. Free and a little bit of work.

What Apple offered then seemed an even
better alternative to a lot of mainstream consumers since not only did they have a great selection of music but had the option to play it on their portable devices without
taking tons of CDs and bulky CD players with them on the road.

Convenience & Mobility
What Apple understood was that it was not the price but the convenience that made things work. They also knew that most people didn’t listen to music in front of their computer but on the go. They took revenues from the music industry (and a couple of other industries after that) by offering superior solutions to existing problems that the industries who owned the market couldn’t come up with. They opened up a virtual storefront in front of everyone´s eyes and took their share out of everybody´s pockets…musicians and labels.