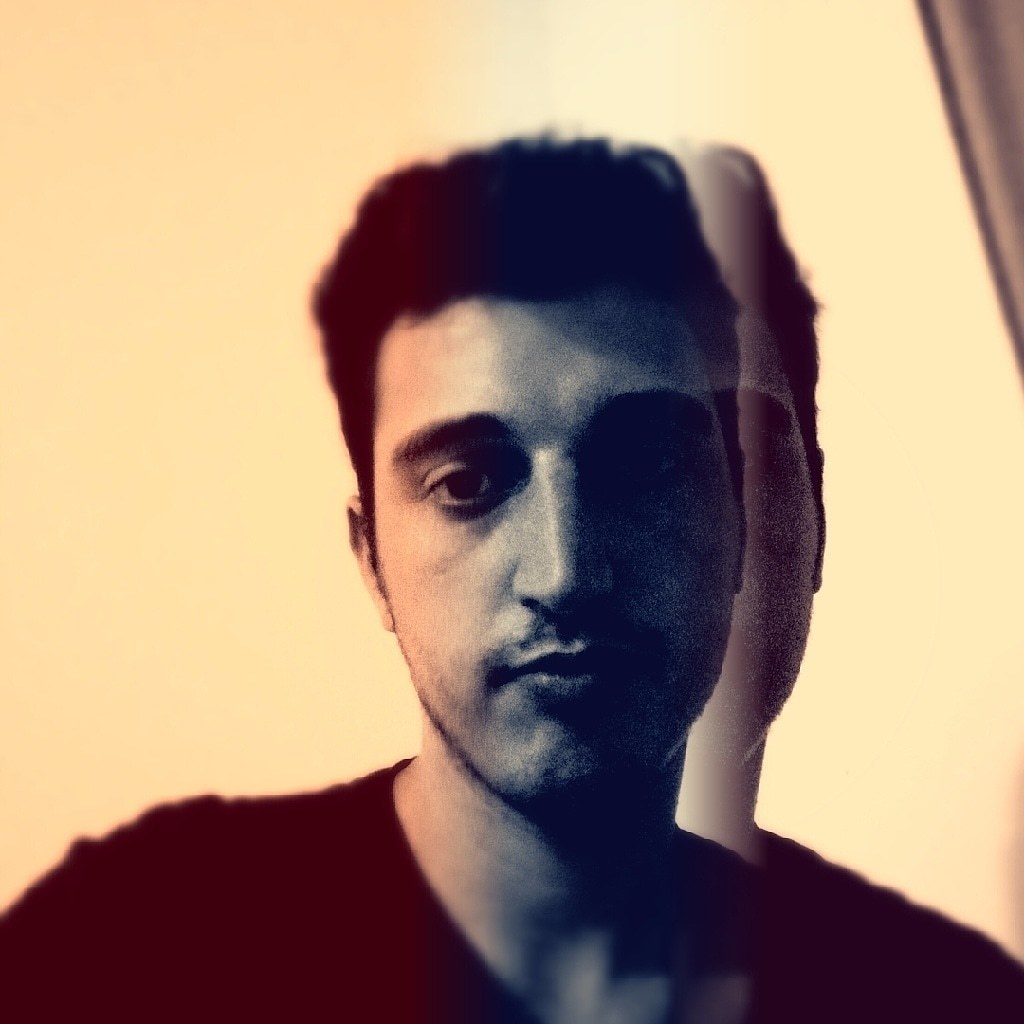 Read the AVYVA Interview below and share it on social media.

My Artist Name is AVYVA (pronounce it awaɪwa) and I am a 25 years y/o (01.08.1994) half German/half Turkish producer born and actually base in Germany, that try to combinate different genres into one. In this case “Bassstep“ the electronic music Genre I explored for me, is my main Brand: Emotional & Unique Electronic House Music with Techno/Minimal influences.
“AVYVA - MORE THAN HOUSE MUSIC“ can explain, what I meant

My Influences reached out from Big Room stuff like Martin Garrix or KSHMR
to Techno like Deadmau5.
But I am into Minimal Techno/Tech House right now.
So my starting was a long starting process.
I use Ableton (it is a name of a specific Audio Workstations) for Music Production since June 2015. In Dezember 2017 I stop using the Ableton Trial and decided to buy an Ableton Standard Live 9 Download package.
I using Ableton since a Techno Producer an also good friend of mine recommended it for me. We did a Track together.
At the beginning I felt very lost without any Support.
So I got in contact with musicbyLUKAS on Soundcloud in 2016.
I am one of his very first fan, still he had founding TEAMMBL, a social plattform for any elrctrectronic music producers.
So I growed up there and created music as much as I can and got nice, and helpfull Feedback and got in touch with social media branding.
I am thankful, for every kind of support in all times, also from EDWANmusic and Jon Sine...
My emotional nature and character are and maintained being the secret of my success, my music and my brand. My main slogan is “AVYVA - He dreamed to change the world but the world changed him“
And that happend many times, since I am a big Fan of Freestylet by Bomfunk MC's, thst was created at the arround the turn of millenium (1999/2000). I watched a lot The Pirates Of Caribbean and so I got in Touch with the Club Edit of Scotty's “The Black Pearl“ 8 years later. In the mean time a tested some Pop, Rock, Metal, Rap/Hip Hop and Reggeaton before it cames to some Trap in 2010/11 in that Time I explored some David Guetta, in my opinion the absolutly father and influencer of todays Electronic Dance Music (EDM).
So I started following electronic music near to 10 years and it worth it for me, same the producing of the music I do is worth it, too.

If you decide to hear AVYVA, you decide to leave Earth for some hours and reach out a place that excists only in your Fantasy.
It doesn't matter if you are alone, with friends or with you fam', my music is individual, original, not ghost produced and a experience for your ears in a positive way.
I have many tracks. They will be finished and released soon. I creating actually two seperated albums, you can be exciting for.
I (will) have actions like free Trackfeedback on the free Bassstep Club on Discord. Weekly Stories and Highlights on Instagram, like continued updates on my Soundcloud and the my feedback to 5 selected Tracks I like most a week.
I will continue telling my fans more about me and my hobbies, but step by step.
My Goals are reaching higher Fanbase to get reconized by DJ's playing my music in the Sets on Festival and Clubs all around the globe.
That would make my life more happier and fulfilled.
My Album “Ultra“ (distributed by Indiefy) is out on Spotify Artist Site, on 14th of September in 2019 there will be a new Spotify Release (distributed by Amuse)
Actually sending tracks to labels, in hope to get signed.
My other Collaboration are two different with two good friend I knowing from places near the place I living right now (Power Pitch with Travix and Lightning with Break The Crutch) on an Album called “Neon“.
My other collabs are together with two people, one from India (Sound Of Harmony with Shankh Jaiswal) and another from Italy (Fire Breaker with D3N)

I am a huge Fan of Martin Garrix, he is a big Idol for me and my music.
With his positive vibes and his amoung of Best Electronic Music full with Variety, Talent, Originality and Emotions, he is my Number One Artist.
I remember Winter 2013 I was in a disco where I skated ice in a group in Germany. The DJ telled me The Song called Animals and I asked three times, which Artist was behind Animals, because skate club was very loud. Excatly I found Martin Garrix on Soundcloud in 2013, he had a lot of follows that time.
I hyped it still today, and thank Martin Garrix, because he inspired my first to become a Music Producer and I would be happy to see Martin Garrix on Time on Stage. If I could see him in real life it will be more than a Motivation. It will make more happy I can explain in a few words.

The biggest mistake?
I uploaded every single musical work/Project I ever created, without grossing the less Feedback I got.
My Tip #1:
Don't be afraid of believing on your talents into music, let you the time for your Productions, don't stress your self in time. There are artists, bringing out a Track every half year or still every year. Practise your skills, upload project privat or send them directly to people, who believing on your music and get as much as Feedback you can get. And never take Feedback personal, it have nothing to do with you in person, if a kind of Person don't like a Track or previous tracks. There will even be minimum the one person in the world you cannot statified with your music. So stand up, if you are down at some feedback, that had negatives energy, try doing it better, but the key here:
YOUR Fun Factor. As long YOU are statified with your music, you will get this confidence to get your success, step by step...

#1 Get in Contact with people with same Hobbies. It doesn't make sense sending a Industrial Track to a Tropical House Producer.
#2 Get in contect on social medias, comment Instagrampost (not only your ones)
#3 Try to connect with people in real life, too. Maybe you have a good friend you hearing the same stuff?

I discover music mostly via Soundcloud. Sometimes I find Tracks I like on “The Upload“, and I discover new Artists, if they have one or more collaborations with other singers or/and Artists. Sometimes I got a E-Mail with new music or people asking me for feedback online via Discord Servers. I also watch out my Spotify “Release Radar“ for weekly new Releases, or I am scrolling the Instagram posts, if labels puplishing there new releases...
Or I take part in Remix competitons or just search and here the new releases...
You see there are lots of possibillities discovering new Music/Stuff ?

"Yes, I show the music via bluetooth box my friends or family sometimes.
I also promote with a like, and if I can't stop loving a Track/Song/Set I just repost it! ?

By watching tutorials or searching the skills you need for improving your one, you not only learn, you have the possibillity to discover and counting experiences for your Produktion Skills...
And stop think negative, stay positive, as often as possible and helpful for you!

First try to get most constructive feedback as like as you can. Can not say this more than I did right now, because Feedback is the best you can get in this process.
#2 Ask other for advice, or ask questions to artist with more fanbase than yours
#3 If it comes to mastering or finish your Mix, there are some points you should know:
DO'S
- make sure your Track have structure, make it clear in a way you can understand
(Maybe different colors for the channels or rename them or both)
- Feel free trying some fun with effects like Reverb, Delay, Sound Design
- Keep the Vibes of the Beginning on your Sounds, but only if you liked it
- Add Ear Candy

DONT'S
- Don't Spam your Projects with Effect
- Forgetting Side Chain, it is a very important process
- Don't to win against being to lazy for having the time to make the sound perfect, because -
It's your music, dude, and if you struggle, why not following those simple tip?

In the next 12 month I hope to have more awesome Tracks to show.
Maybe way more audience and more releases on Spotify and the one or other Label Contract... we will see...