Youtube Promotion for Musicians – Insights into a 180.000 views video campaign 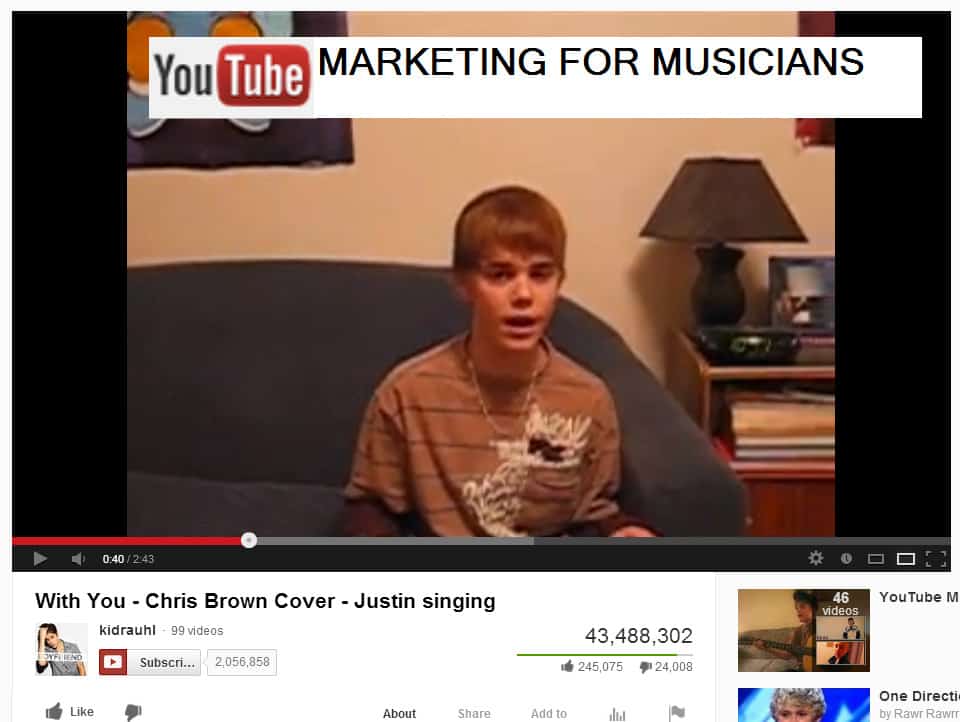 [divider top=”0″]Google´s YouTube is not only the world´s biggest video site, it is also the second biggest search engine next to Google. (Number 3 largest site in the world right after Facebook and Google)

YouTube plays a special role for musicians career development with many artists having been discovered by record label a&rs or pushing their own indie careers through the platform.

For example Justin Bieber (!) was discovered by a major label A&R after posting this Chris Brown cover version online.

If you don´t use YouTube to promote your music yet, you should try it even if you don´t have a video. There is tons of music with just a thumbnail picture or some text that still gets thousands of views and helps you promoting your music without much work involved. While it´s not easy standing out in the mass of musicians, cat videos, pranksters, wannabe celebrities and random video uploads on YouTube its worth a try and with enough work and a smart strategy most should be able to win a few dozen or hundred fans a month easily. For those with YouTube Channels who are struggling to grow their audience we compiled a list of the best tips and resources we could find on the topic.

YouTube Views and Subscriptions – How do they work?
Views don´t just magically happen and everyone who ever tried promoting their stuff on YouTube or any other video platform knows that certain clips will take off while others never seem to gather any interest and under perform. Build and they will come doesn’t seem to work here (Rarely does anywhere) and even if you have a successful channel you still might wonder why some of your videos don´t seem to gather any interest – no matter how good they are.
Many then make the mistake of thinking that the actual video/piece sucks or the audience doesn’t like it which is a misconception.

View count does not necessarily reflect audience interest or opinion it merely shows how many people decided to CLICK on your video once they were made  AWARE of it.

Finding out if people like your video is the job of the LIKE/DISLIKE bar and – IMPORTANT! – only reflects a certain segment of your audience which if you polarize many people means its your “hater” fans.  (who still don´t miss a show if only to down vote) If you check the ratio of likes/dislikes to views you will also see that most people don´t vote but just like to watch. That is unless you motivate them to do so during the video.

Now let´s talk HOW people are made aware of your videos. For that let´s look at the traffic source statistics of one of my older campaign for a private client (hence anonymous data) that generated around 184.000 views in the last 4 years years. (did roughly 100.000 in the first few months). The Estimated minutes watched is how long each viewer spent watching the video added up to a total – mostly an orientation to measure engagement. Now let´s take a look where all this traffic came from. This is where the traffic source statistics come into play.

A long list of traffic sources that clearly shows that the majority of traffic comes from three to four traffic channels. That particular video was a viral clip where publicity was generated which then drove the searches for the clip.

This reflects in the high amount of YouTube Search traffic makes up roughly 43% of the total views. We generated this initial awareness through jumping on a trend and using the media and the band´s mailing list to generate a small hype.

People then shared the clip through social media, their mobile phones (and some word of mouth) which led to lots of mobile app and direct traffic.

YouTube Suggested Video 19.4%
After gather initial momentum the video was picked up by YouTube´s recommendation algorithm which added some extra traffic.

Embedded Player 5.9%
and External Website 5.2%
Are websites that featured the video either within a YouTube Widget or by linking it.

[divider top=”0″]So as you see the reason this worked so well was because we A) generated initial awareness of the clip by involving the press (i can´t say what we did but it was based on typical internet humor) and B) piggybacked on a viral trend (think certain hypes like for example Gangnam Style, Harlem Shake etc. and no it wasn’t either) and then profiting by viral traffic/recommendations. Not earth shattering numbers here but enough to make a lot of bands happy and win over thousands of new fans in just a few months if you do it right.

Now that’s all fine and dandy however i want to stress that you should not solely depend on hitting “big wins” view-wise but rather build up your channel subscribers, email list and social media fan base using more long term and sustainable methods that continuously produce good results.[divider top=”0″]

How to do that would be too much to cover in this post
but i want to cover at least a few important points.

I. Leverage – use existing assets to build new ones.

Analyze and MOBILIZE your fan base. Use your existing fan/mailing list to win new fans.  Interact/Communicate with your existing fans, telling them to like and recommend the videos. Keep collecting fans/emails and make the fans who love you and want to help you promote your videos on forums, blogs, social media or on YouTube. Many musicians have their music uploaded to YouTube by fans for example. There are tons of blogs that make no money and are pure labor of love by fans who spend hours promoting their favorite artists for free. This would be every corporations wet dream and us musicians get it for free. You (should) have die hard loyal fans who are willing to help you, if you don´t then you need to work on that first.

There´s only two ways to get clicks. Either jump on stuff that is already searched for or generate the interest yourself. (Point III) The easiest way is to find a context in which you can participate in something that has already generated interest. The easiest way this can be accomplished is by remixing bigger names and thereby extending your fan base or by taking advantage of trendy internet memes and hypes. Cover versions , especially those with a twist (or raw talent) are are almost guaranteed traffic magnets.

III. Generate Interest for your Videos
If you don´t jump on a trend then you need to promote the videos yourself. So make sure you do and post the link everywhere you can (without being obnoxious). When you do this, do it with a plan and swift execution so ideally you get picked up as trending video. 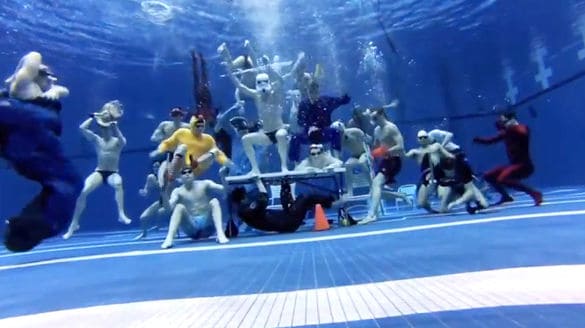 Recommended Resources:
Depending on your budget and preference for books vs. videos i would recommend checking out either. [divider top=”0″]

A 97$ video course which is very extensive and features a lot of online marketing essentials (like keyword research in content planning)that are necessary to really succeed in YouTube marketing. While aimed at professionals this can be used by anyone who wants YouTube success. Also covers the potential commercial aspects more than other courses and books.

Written by a YouTuber this is one of the better if not the best book i could find (i bought tons of books & courses on the topic). It explains the dynamics
and mechanisms of YouTube very well and clearly shows the authors years of field experience.
If you have the money, buy them both… i did.

[divider top=”0″]
Last but not least i have found a free ebook by the Fanbridge Guys
Like to view please!

Have questions or need help with your marketing efforts? Mail us!

If you want to know more about YouTube and music marketing i would recommend you subscribe to our newsletter.